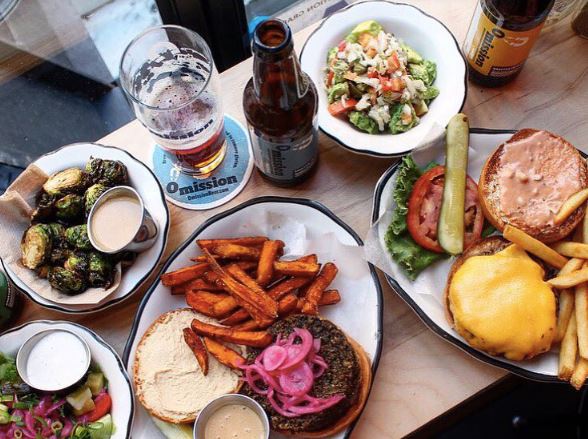 So you are in Vegas and you have already had you're share of the great buffets? Look no further than these top hot picks that are sure to be great choices. We put together our top 3 that have Las Vegas Buzzing , from gourmet burgers to beef wellington at Hell's Kitchen we have you covered.


Crazy milkshakes, burgers galore, and a menu of craft beers on tap and in cans make their debut at Black Tap Craft Burgers & Beer at the Venetian features dishes such as the All-American Burger for $16 and the Greg Norman Burger with wagyu beef, house buttermilk-dill, blue cheese and arugula for $20 are the highlights of the menu. Chicken dishes include the $17 crispy chicken sandwich and six spicy Korean barbecue wings for $14 (with a $5 option for fries on the side). Chef Joe Isidori, whose DJT at Trump International earned a Michelin star in 2009, teams up with Chris Barish, who opened Gordon Ramsay Pub & Grill at Caesars Palace and Gordon Ramsay Steak at Paris Las Vegas, for this restaurant with Crazy Shakes and and a graphic design decor. 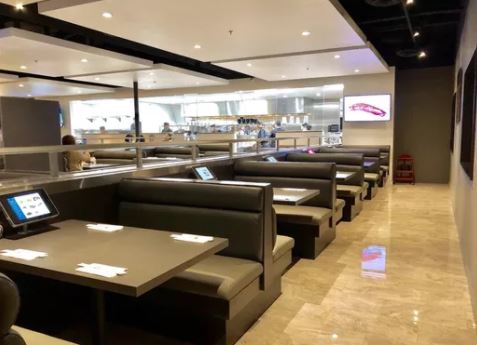 The very first conveyor belt sushi restaurant in Las Vegas, Sapporo Revolving Sushi, features three conveyor belts rotating through, and each serves the same dishes. Diners grab a covered plate with a sushi, nigiri, chicken karaage and more as they pass by. Each goes for a flat $2.50 instead of the typical colored plates that announce different prices. If something isn’t picked from the conveyor belt within 30 minutes, it’s removed to ensure freshness. 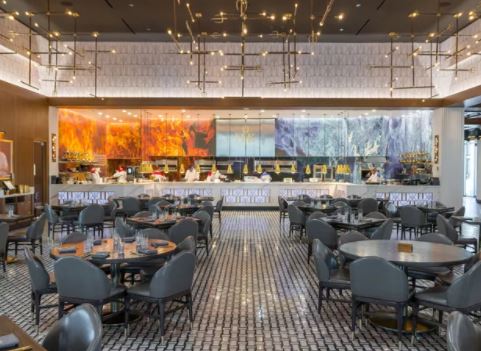 Gordon Ramsay brings his fifth restaurant in Las Vegas to the front of Caesars Palace with a 8,000-square-foot themed concept that hosts an interior bar, two dining rooms, a showcase kitchen and retail space. The restaurant comes with red and blue sides of the restaurant, just like Ramsay’s TV show, along with pitchforks hidden on the seats and lighting. The menu features a greatest hits sampler of Ramsay’s local menus, including his signature beef Wellington, a shellfish tower, sticky toffee pudding, and appropriately, a Caesar salad.